She the People – The Resistance Continues – Second City 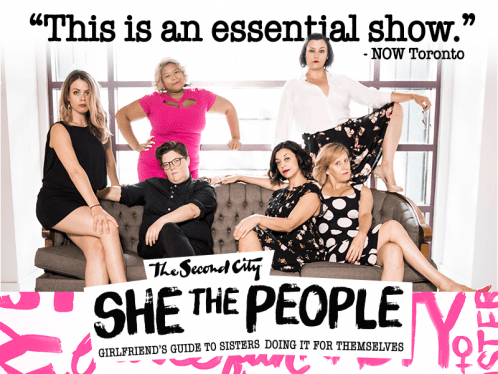 Don’t miss this she-quel to last year’s Second City production at Woolly Mammoth!! Join your fellow Wildcats to howl with laughter at this all-female comedic show.

After last year’s thoroughly entertaining She the People, The Second City is returning to DC with its latest headlining production, She the People: The Resistance Continues!

This sketch comedy show is created, designed, and performed by an all-funny, all-star team of women. She the People: The Resistance Continues! satirizes the reality of being a woman in this wild world, exploding the myths and misrepresentations surrounding bachelorettes, Beyoncé, the 2020 election, and much more. The Washington Post called it a funny, fiercely political sketch-comedy show and the Chicago Tribune called it empowering entertainment.

The NU Club of DC has secured deeply-discounted group tickets – and a complimentary drink coupon with each ticket – for the evening performance of She the People: The Resistance Continues! on Thursday, December 12th.

Start the holiday season with joy and laughter as you enjoy The Second City in DC!

Note: NU Club of DC group tickets are nonrefundable, but can be transferred to another NU alumni/guest by notifying Diane Dunne, the NU Club of DC event coordinator.

Note: not an alum of Northwestern University? Or perhaps you are in another city? Fear not! Visit https://www.secondcity.com/shows/touring/she-the-people-5-copy/ to find a performance.

This entry was posted in Events and tagged Cocktails, Comedy, Live Entertainment, Theater, Washington on November 20, 2019 by Chuck Gregory. 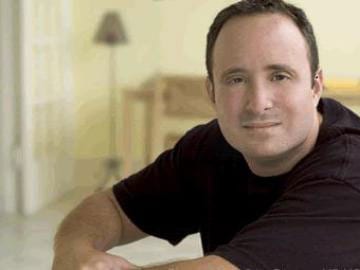 Broadway Comedy Club is the setting for a stand up comedy show. Laugh along with the comedians listed below.

Note: there is a two drink requirement

This entry was posted in Events and tagged Comedy, New York on November 21, 2018 by Antonio. 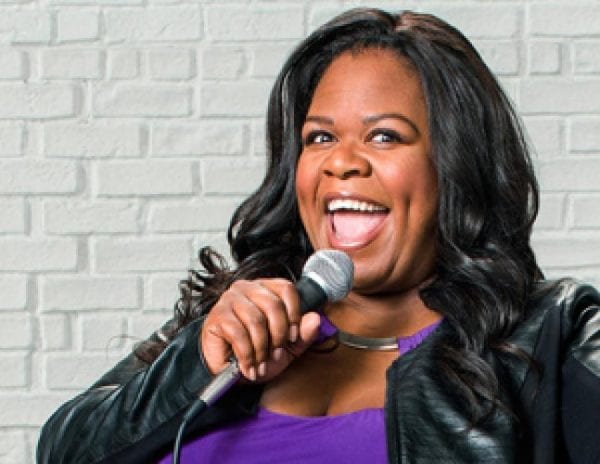 Broadway Comedy Club is the setting for a stand up comedy show. Laugh along with the comedians listed below.

Note; There is a two drink requirement per person

This entry was posted in Events and tagged Comedy, New York on November 21, 2018 by Antonio. 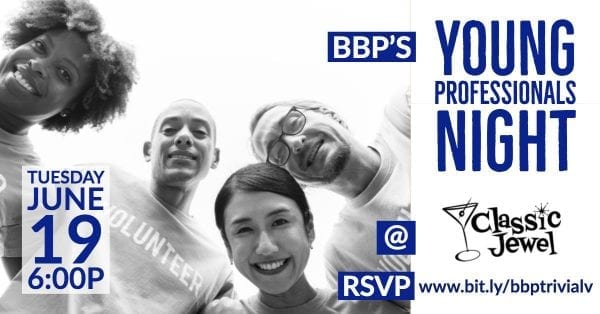 Young at heart? Young in time? Young in other universes? – all are welcome. Join us for a funny, absurd and thought-provoking evening. We’re calling it “A not-so-trivial look at this WTF year.” RSVP: www.bit.ly/bbptrivialv

Through the lens of trivia, we’ll take a look at insane things politicians have said. You’ll have a chance to win an awesome prize that will make you feel better about the current political climate. Plus you get to hang out with BBP. We’re battle born and battle tested!

On arrival we’ll give you a drink ticket and after that, we’d love it if you’d support our excellent host, Classic Jewel, and enjoy their cash bar.

Join Us! Tickets are just $30 and your support helps us turn political insanity into progress

This entry was posted in Events and tagged Comedy, Las Vegas, Networking on June 1, 2018 by Chuck Gregory. 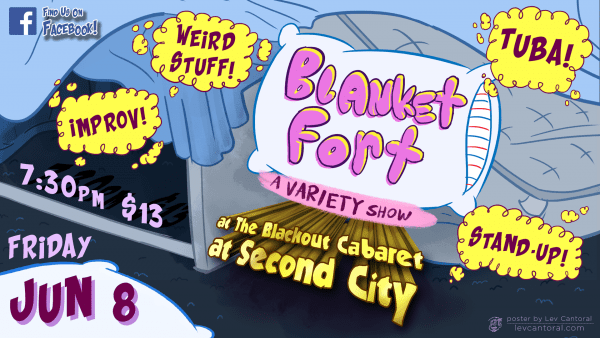 Blanket Fort is usually a comedy variety show that takes place entirely in a blanket fort–but tonight we’re ditching the fort because Second City is letting us perform in their theater for One Night Only! Don’t worry, there will still be pillows, blankets, PJ’s and even more laughs. It’s weird, it’s comfy, it’s cuddly. It’s unlike any other comedy show you’ve been to.

Hosted and produced by: Elsie How, Brad Rickert, and Max Shanker

Thick Meat Boy and the Bone Daddy doing some Improv

This entry was posted in Events and tagged Chicago, Comedy on June 1, 2018 by Antonio. 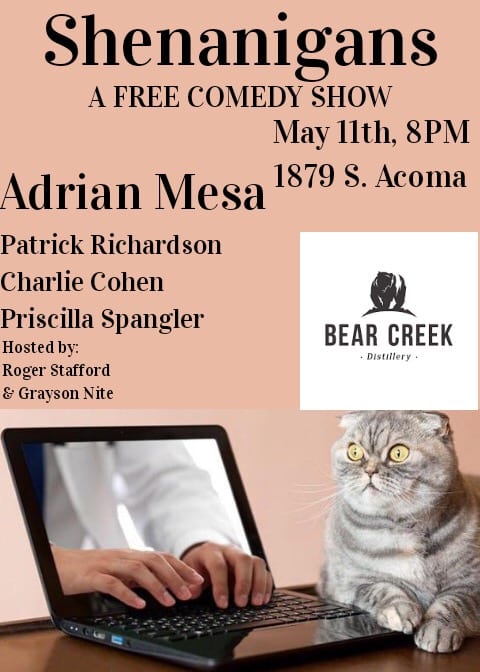 Free Comedy every second Friday. This month’s headliner is Adrian Mesa! A Comedy Works headliner and JFL alum. Show starts at 8. Come down to Bear Creek Distillery for some of the best comedy and cocktails in the city.

This entry was posted in Events and tagged Comedy on May 3, 2018 by Antonio. 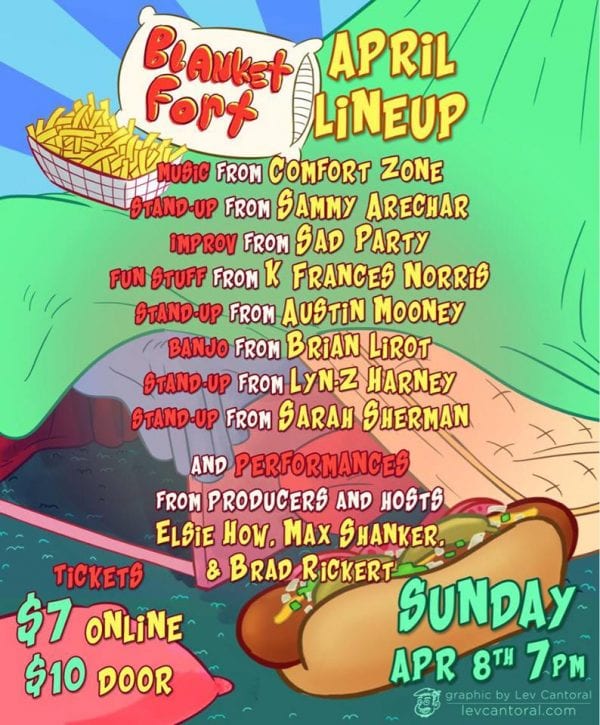 Here at Blanket Fort we try to curate and plan a hilarious and relatable comedy show with all types of weird junk. Everybody eats food. If you don’t eat food you’re a robot and that’s scary. We’ll still have you at the show but please laugh and please don’t take us over iRobot style until it’s completely over. Then you can go ahead and use us as batteries or whatever but please wait til afterwards. We’ve put too much time and energy into this show to not have one last banger before the takeover.

If you haven’t heard, we’re a comedy variety show in a giant blanket fort.

Here’s the dang lineup:
Music from Comfort Zone
Stand up from Sammy Arechar

Hosted by Elsie How with sets from Brad Rickert and Max Shanker and DJ’d by DJ Thirst.

Stick around afterwards for Bedtime with the Slugs Presents: Old Roommates

This entry was posted in Events and tagged Chicago, Comedy on April 4, 2018 by Antonio. 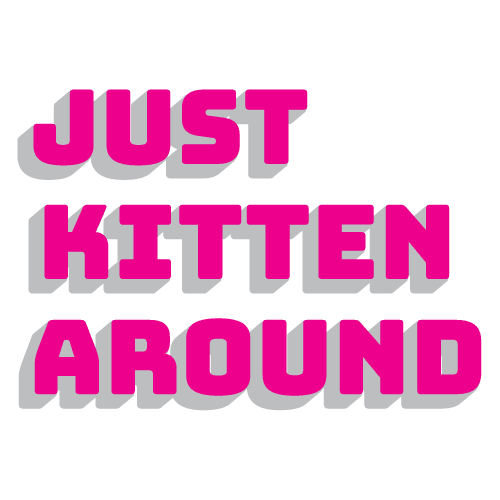 Just Kitten Around: A Comedy Fundraiser

Just Kitten Around is a monthly comedy fundraiser at the Catcade, a cat cafe and rescue on Belmont. It’s the only show in Chicago where you can laugh with a cat on your lap. This month is Hairy Pawter themed! Come dressed in your favorite Harry Potter and/or cat themed attire and get ready to laugh with a little Mrs Norris on your lap! Just Kitten Around features a variety of different comedy styles every month from Chicago’s most talented comedians. Sounds purrfect! Hosted by the cutest kitties in Cook County, Alex Collyard and Elsie How. Show starts at 8:30, but come right at 8 to hang with the cats!

This entry was posted in Events and tagged Animals, Benefit, Chicago, Comedy on February 17, 2018 by Antonio. 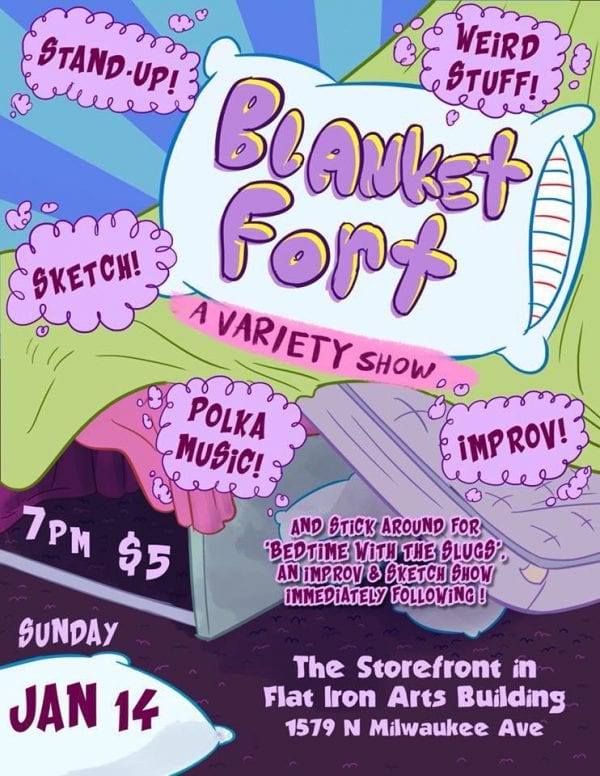 $5
7:00 PM
The Storefront in the Flat Iron Arts Building
All proceeds from this show will be donated to Big Brothers Big Sisters.

Blanket Fort is an all new variety show that takes place entirely inside of a giant blanket fort (Just like the name implies! Are you surprised!) Every second Sunday of the month we’ll curate a comfy and wack-a-doo atmosphere for your absolute amusement and nothing like you’ve ever seen before. For our very first show we’ve got a killer lineup: improv, sketch, POLKA MUSIC (!!!!), stand-up, and other seriously messed up bonkers junk you probably won’t even believe. So stick around, wear some PJ’s and BYOP (Bring Your Own Pillow, nerd) because Blanket Fort will be the silliest way to end your freakin’ weekend. Get the best Tips for party planning here at Inside Out.

Stick around after Blanket Fort for Bedtime with the Slugs, a sketch and improv show with Chicago’s tallest improv team, Bedtime Slugs, and their favorite guests. Feel like getting on stage and improvising yourself? Hell yeah, there’s a jam at the end.

Alex Collyard doing whatever he wants

And Sketch from Teen Cudi

This entry was posted in Events and tagged Chicago, Comedy on January 6, 2018 by Antonio. 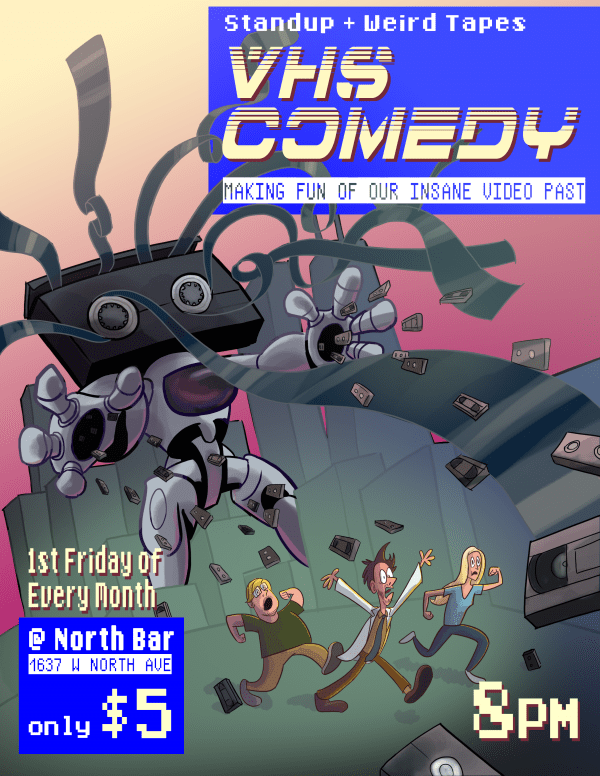 VHS is a live comedy show where Chicago’s best standups make fun of the weirdest videotapes we can find. Everything from awkward infomercials to terrifying workouts escape the dumpster and get another chance to confuse and delight!

This entry was posted in Events and tagged Beer, Chicago, Cocktails, Comedy, Wine on October 4, 2017 by Antonio. 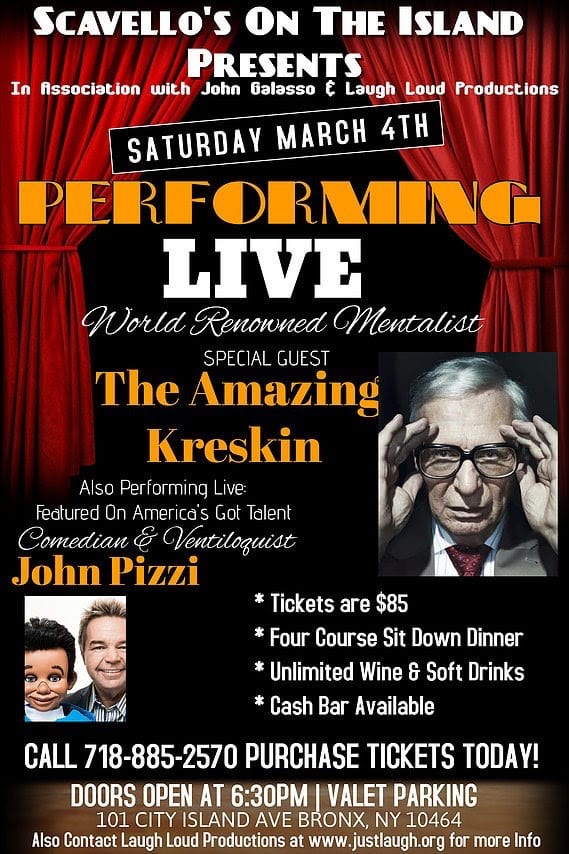 Tickets to this exclusive events are $85 dollars for night full of laughter and a four course dinner. There will be unlimited wine and soft drinks as well as an available cash bar. Scavello’s On The Island is located at 101 City Island Ave, Bronx, NY 10464.

This entry was posted in Events and tagged Bronx, Comedy, Dinner, Mentalist, New York on March 1, 2017 by Chuck Gregory. 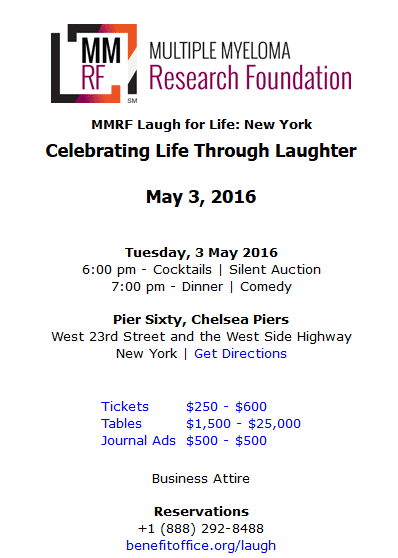 More info and reservations at http://benefitoffice.org/laugh/

This entry was posted in Events and tagged Auction, Benefit, Cocktails, Comedy on April 22, 2016 by Chuck Gregory.